At Access Self Storage, we submitted Freedom of Information requests to all 25 County Councils in England to determine how the lockdown had affected recycling habits. We were expecting a slight increase, if anything (we’ve all had plenty of time at home to sort our recyclables) but we were astonished to see that the majority of counties were recycling less in 2020 than the year before.

We asked for recycling data from Local Household Waste Recycling Centres – tips, to you and me – for county councils. We gathered this data on two six-month periods a year apart, July 1st 2019 to January 31st 2020 and July 1st 2020 and January 31st 2021. Shockingly, we found that 19 of the 23 councils that responded recycled less during lockdown than before, and only two recycled more. Devon and Lincolnshire councils did not supply data.

You can view this data in the table at the bottom of the blog post. 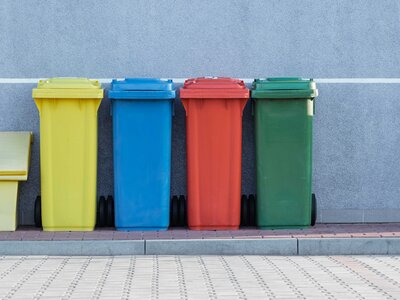 According to these recycling statistics, households have, by and large, become worse at recycling during the pandemic. The most significant year-over-year drops were seen in Leicestershire, which went from recycling 62 percent to 53 percent, and Surrey, from 58 percent to 47 percent.

Oxfordshire residents deserve credit for a significant increase in their recycling rate, from 61 percent to 67 percent. The only other area to improve its recycling rate was rather more modest: Gloucestershire improved from 26.51 percent to 26.99 percent.

We can’t say definitively, as not all councils provided us with the data, but the figures also suggest that less waste was tipped overall in the second half of 2020 than the corresponding time period in 2019. For instance, Norfolk reported an admirable 1,220 tonne decrease in tipped waste, while Surrey reported a similar 745 tonne drop.

Residents of Nottinghamshire recycle the largest proportion of their household waste at an average of 78 percent. They narrowly beat out Cambridgeshire, at 76, and Suffolk at 74 percent. West Sussex and Worcestershire are fourth and fifth best, recycling 73 and 70 percent of their waste respectively.

The worst county councils for recycling were Gloucestershire, which recycles just 27 percent of household waste, followed by Northamptonshire at 38 percent and East Sussex at 43 percent.

Nationwide, according to the latest data from the Department for Environment, Food and Rural Affairs in 2018, just 45 percent of all household waste is recycled – so there’s plenty of room for improvement. According to Lovemoney data, Wales has one of the best household recycling rates in Europe at 63.8 percent, putting England and Scotland to shame, with 44.2 percent and 42.8 percent respectively.

Recycle-More notes that packaging makes up around 5.9 million tonnes of the total 30 million tonnes of waste that the UK produces each year – but much of it is going to waste. For instance, we throw away 13 billion steel cans every year even though they are commonly recycled. 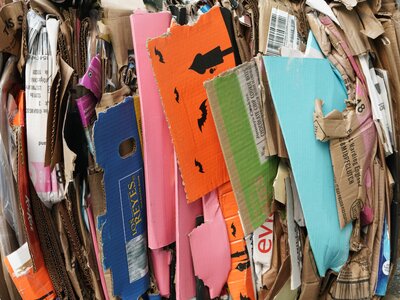 If the data tells us anything, it’s that we can all do better at recycling. Here are a few recycling tips from us here at Access:

Top outdoor restaurants in Birmingham | Recommendations from our team