The annual Access Self Storage Christmas Charity Appeal 2019 has launched

The Access Self Storage Christmas Charity Appeal has officially launched for 2019! 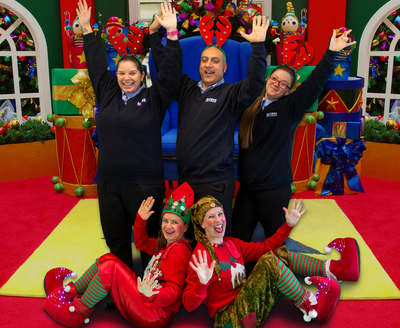 Our annual Christmas charity appeal aims to collect as many donations as possible for charities across the UK. Thanks to the generosity of our customers, generous locals and businesses, in the eight years that the campaign has been running, more than 18,500 gifts have been collected by Access Self Storage teams for dozens of UK charities.

Kevin Pratt, Access Self Storage spokesperson says: “Christmas is all about happiness, community and spreading goodwill. We really want to build on our past appeals and have our biggest year yet, so we’re calling on all residents and businesses to start donating as soon as possible. We’ve selected particular local charities because we truly believe in the work that they do, and we know how much of a difference they can make to people’s lives.”

The following stores are participating this year:

Access Self Storage Acre Lane is collecting helpful products for adult Cancer Kits and Chemo Kits for Cancer Support UK, as are:

Access Self Storage Balham is collecting products for goodie bags for people diagnosed with cancer for Bonded Thru Cancer, as are:

Access Self Storage Bristol is collecting slippers, age-appropriate puzzle books, jigsaw, chocolates and nice ‘smellies’ for Above & Beyond.

Access Self Storage Mitcham is collecting new toys for The Salvation Army.

Access Self Storage Northampton is collecting new books, board games and adult puzzle books for The Lewis Foundation.

Access Self Storage Southampton is collecting toys for underprivileged children in the local area for S.C.R.A.T.C.H.

Please help us support those in need this Christmas and donate before December 13th!

Access Self Storage Sydenham is open! | Our new store

A roundup of the Access Self Storage Christmas Charity Appeal 2019 | Another runaway success!