Our customers are incredible. They really are! Not only are they effortlessly charming, impossibly good-looking, and excellent fun to be around, they also take the time to make sure our annual charity campaigns are an unqualified success. Terrific human beings all year round, to be sure, but it really shows during those times where a sustained period of seasonal giving is required. Did we mention “impossibly good looking”? 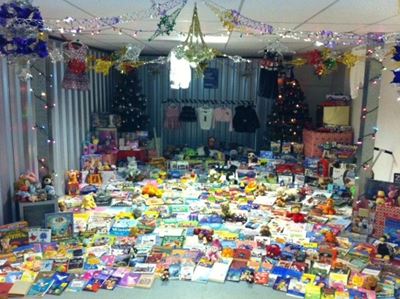 Okay okay, we’re laying it on a bit thick. But our chosen charities could use a helping hand again, and you’ve never let them down before: We’re launching our 2015 Christmas Appeal in selected stores across the country, and collecting everything from toys to blankets, to make it really special for those people who could use a little seasonal cheer the most.

Over the past four years, you’ve provided a staggering number of donations – and we’d love it if you could provide even more this year.

Access Self Storage spokesperson Kevin Pratt says: “Every year we partner with fantastic charities that work tirelessly to ensure their beneficiaries have a better Christmas. We’re calling on local residents to start donating as soon as possible: the holiday season is always hectic, and we’d like to make sure we’ve done all we can.

“We are also calling on local businesses to get behind the appeal and support the incredible work carried out by the charities we’re collecting for.”
We can’t argue with Kevin there. If you’re in the vicinity of any of the following stores, we’d be delighted to receive donations by Monday, December 7. Your thoughtfulness could make someone’s winter.

Please give generously to your local Access Self Storage by Monday, December 7.