at our Ealing store

Get a quote for Ealing 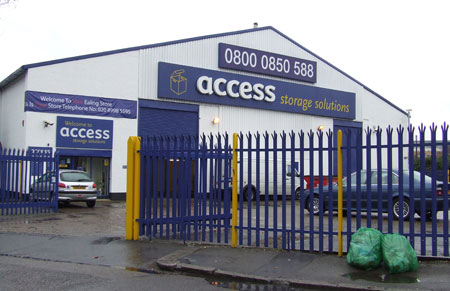 Access Self Storage Ealing is on Manor Road in Ealing, half way between West Ealing station and Drayton Green. Contact us today for a quote, or use our easy reservation tool.

If you’re in Perivale or Greenford, we’re ideally situated if you’re in need of a bit of extra space, want de-clutter your home, or need self storage for a house move. We’re convenient for the M4 motorway, with easy access to Central London.

For businesses, Access Self Storage Ealing is a great alternative to investing in larger premises. We can provide shelving, so you won’t need to hunt through stacks of crates to find what you need, and there’s office space for rental, too – it’s a really flexible service, ranging from a single desk for a few days, to a room of desks for much longer. Access Self Storage Ealing even offers a records management service, and telephone answering.

Worried about opening hours? No need – you can visit as often as you like: you’ll have free 24 hour access to your units and we’re outside the Congestion Zone!

From the A40 Western Avenue near South Greenford, take Argyle Road (B452) south towards West Ealing station. Just before the railway line, turn right down Manor Road. Follow the road to Access Self Storage Ealing, which will be on your right, just before the park.

Ealing is a suburb to the west of London. Only 9 miles from central London, so popular with commuters, yet well within day-trip distance of Richmond Park, the beautiful Ruislip Woods and the Colne Valley Park.

Ealing Broadway has been a major shopping area since Victorian times, but Ealing is perhaps best known for the film studios where the so-called ‘Ealing Comedies’ were made in the 1950s, including The Ladykillers and The Lavender Hill Mob and, more recently, Notting Hill. In the film, Hugh Grant’s character owned a bookshop – if your own home in Ealing seems to be overrun by books, or perhaps by your collection of DVDs, have you considered self storage? Our modern storage units in Ealing are easy to use and there our friendly staff are always on hand to help and advise.

Did you know that Rolling Stones frontman Mick Jagger first met drummer, Keith Moon, at what used to be the Ealing Jazz Club (now the Red Room)? We’d certainly be happy to find space in our Ealing storage units for Mick’s gold discs – or for whatever your business needs a home for, whether just some archived files or your entire stock. There’s even an on-site DHL Service Point, so we can be your receipt and dispatch department, too! 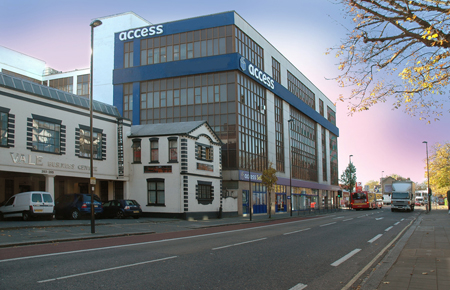