Working out can feel like hard work. If you’re doing it in a sweaty gym, you might have to fight for a chance to use the equipment and if you’re doing it at home, you need to have the motivation to stick at it in your own time.

But sports are a great way to improve your physical health. If you join a team or club, you’ll also have other people to keep you accountable, which means you’ll be more motivated to train. And once you start seeing the benefits, you’ll soon become addicted to the activity.

Another added bonus is the effect that sports has on your mental health. According to the Faculty of Sport and Exercise Medicine UK’s guide on the role physical activity has in treating mental illness, strong evidence exists showing a 20-30% reduction in depression in adults who participate in physical activity daily. In addition, physical activity can reduce levels of anxiety and distress in people with mild symptoms by 20-30%.

With that in mind, we asked some experts about their favourite sports to keep fit.

It might not be immediately obvious that boxing is one of the healthiest sports, but it’s becoming an increasingly popular way to keep fit.

It increases your strength, helps your balance, improves your posture, increases alertness, boosts endurance and improves your hand-eye coordination. Classes consist of throwing punches in the air or at a punching bag, either to music in a group class, or one on one with a trainer. Virgin Active offers boxing classes across the UK, as does Boxercise. 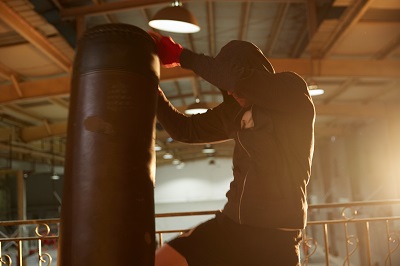 “Tennis is great for building fitness. It requires you to combine both speed and power, as well as snappy reflexes and inhuman endurance,” says Luke Thornton fitness adviser at Discount Supplements. “Playing tennis will work all your major muscle groups as well as your cardiovascular system, making it perfect for those looking to get fit. There are hundreds of tennis clubs around the UK, as well as plenty of sports and leisure centres with easy to access courts.”

Luke recommends keeping a racket in the boot of your car or at the office so you can let off some steam once a week. It’s a perfect choice for those of us bored of the treadmill or looking to add something new to our exercise regime. The governing body of tennis in the UK, the LTA, has a handy tool for finding your nearest tennis court.

Daniel Harrod is a personal trainer and online fitness and nutrition coach based in north London. He says that people often overlook weights in favour of cardio, which isn’t the best strategy if you want to lose weight.

In his eBook, ‘How to win at fat loss’, he says: “Cardio does in fact burn more calories during the workout, but it provides little benefit in helping us to burn calories afterwards and throughout the rest of the day. Furthermore, any weight lost is likely to be that of muscle, ultimately resulting in an unwelcome, inefficient metabolism. The most important consideration we need to focus on for fat loss whilst exercising, therefore, is building and preserving as much muscle mass as possible. This essentially boils down to getting stronger. The best way to preserve lean body mass (the amount of weight you carry on your body that isn’t fat) is through building muscle and getting stronger by lifting weights.”

Before picking up weights, speak to someone in the know who can advise on where to start. Then, incorporate it into your routine to get stronger.

If you want to get fitter without spending too much money, running is the perfect sport. And, according to Runner’s World, a 160lb person will burn around 720 calories on a one-hour/6-mile run. It’s obvious then why running is one of the best sports to keep fit.

If you don’t want to run on your own, check out RunTogether. It has a handy tool for finding your local running group, led by qualified group leaders. Group leaders are trained and insured by England Athletics, the membership body for athletics and running in England.

If you’re looking for some inspiration to start running, try reading Bella Mackie’s book, Jog On. It’s an easy and interesting read on the role that running had in helping her with anxiety and getting through a difficult period in her life. It’s the perfect inspiration to get your running shoes on.

If running isn’t your thing, you might want to get into trampolining. According to a paper that (none other than) NASA published in the Journal of Applied Physiology, rebounding exercise is 68% more efficient than jogging. These findings were echoed in a more recent study by the American Council on Exercise (ACE), which found that bouncing on a mini trampoline for less than 20 minutes is just as good for you as running.

There are some great trampolining class options in the UK – if you’re in London, you might want to join a Rebounding class at Frame or pop to an Oxygen Free Jumping park. And Virgin Active also runs Rebounder classes in some of their branches. Alternatively, you could get a mini trampoline for yourself at home – the BodyMax Mini Trampoline is a bestseller on Amazon.

“Yoga is no longer just for hippies, it is a worldwide phenomenon, and rightfully so,” says Luke at Discount Supplements. “Celebrities such as Russell Brand and Beyoncé swear by it, as well as elite athletes like ex-Manchester United player Ryan Giggs and NBA star Lebron James. Don’t be fooled into thinking it’s just breathing techniques and sitting cross legged. The American Osteopathic Association notes that yoga can increase flexibility, improve respiration, energy and vitality, and maintain a balanced metabolism. Although there are classes and studios across the globe, it can be done anywhere. All you need is a clear space and the will to do it.”

If you’d like to do yoga at home (which you might aswell, considering you don’t need any equipment) check out Yoga With Adriene on YouTube. With over 6 million subscribers, Adriene is certainly the most popular yoga teacher online, with beginners’ sessions that are really easy to follow. 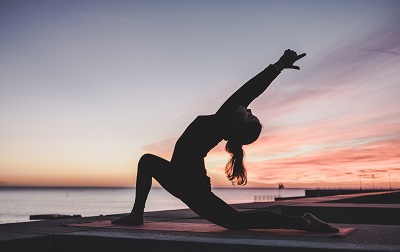 Pilates is a great form of exercise for those who want to focus on their core strength. Developed by Joseph Pilates, it has some similarities to yoga but focuses less on static poses and meditation, and more on muscle strengthening with a flow of movement.

The NHS has pilates video workouts in its Fitness Studio, including pilates for beginners and pyjama pilates, so you can get started right away. You will need some equipment, like a block or band.

Boot camp classes like British Military Fitness’ sessions are becoming increasingly popular, earning it a spot among the top 10 sports to keep fit.

In a Be Military Fit (or BMF) class you will do bodyweight exercises such as star jumps, squats, push-ups and burpees, interspersed with running and competitive games. But you won’t have to do it alone – the classes are all about getting fit together and creating an environment where you feel confident and motivated to work out.

Swimming is a great way to get fit without putting your body under too much strain. Unlike other sports that can put pressure on your joints, swimming is a low stress activity, and it’s good for your heart.

But don’t be fooled by the lack of muscle burn – swimming is still a great workout and will help you lose weight and build strength. What’s more, you can do it at any time of year if you have access to an indoor pool.

Go to a sauna

Turns out, going to a sauna isn’t just for pampering. Robbie Thompson, Manager at Finnmark Sauna says:  “We’ve looked into sources which show that taking authentic Finnish sauna sessions serve to improve thermoregulation mechanisms within the body and they cause a significant increase in prolonged exercise capacity. Finnish sauna has also been found to have positive respiratory effects; as little as 3 weeks of post-exercise sauna bathing was found to produce a worthwhile enhancement of endurance running performance. It’s been attributed to a combination of positive effects on both cardiovascular health to lung function.”

With so many options there’s no reason not to get fit this year, so pick your sport and get going! And if at any point you feel overwhelmed by the amount of sports equipment that has made its way into your house, you can always store some things with us.

We have facilities across the country, including self storage in Nottingham and storage space in Wandsworth, and they’re accessible 24/7 so you can collect your gear before an impromptu tennis match.