South East London is home to some of the most beautiful parts of the city: think Crystal Palace Park, Cutty Sark, Keston Ponds, the Horniman Museum and Beckenham Place Park. That’s why it’s such a great area of London to cycle around – you’ve got open, green spaces mixed with historical, indoor landmarks and bustling cafes and shopping areas.

The area is home to some of the best bike paths and best parks to cycle in London. And, as Matt Flanagan, managing director at E-Bikes Direct says, “the beauty of cycling in Southeast London is the routes do tend to link up, meaning you can lengthen and shorten routes to best fit your schedule.”

Here are recommendations of the best cycle routes in South East London, to encourage you to get on your bike and explore this amazing part of the city. 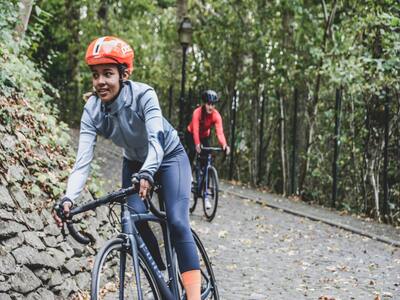 Q1 cycleway – from the City to Greenwich

Cycleways, formerly known as Cycle Superhighways and Quietways, are routes that, according to TfL, “link communities, businesses and destinations across London in one cycle network.” Quiet cycleway Q1 is a convenient option to commute to the City to Greenwich. The route is 4.38 miles in total and there are very few traffic lights to slow you down. You can check out the route on TfL’s cycle map.

Another route you can check out on TfL’s cycle map is the C17 from Elephant and Castle to Burgess Park. This is definitely one of the best green cycle routes in South East London, as you’ll go through Elephant Park, the largest new green space created in central London in the last 70 years. You can also check out the East Street Market for some shopping, and the Burgess Park BMX track if you’re feeling brave!

Sian Evans, co-founder of micro-bakery Chatsworth Bakehouse, recommends cycling from Bromley to Crystal palace. She says the route is beautiful and would welcome cyclists looking for a pit stop while heading up the hill. She also says that there is an “incredible mural in Crystal Palace that all the cyclists hang out in front of.” On top of that, the route will also take you past the 719-foot television mast which is on the site of the great exhibition of 1852. You can find the cycle route map on the Bromley borough website, as well as other cycle routes in South East London. This route will take under an hour at a leisurely pace and is mostly on quiet residential roads.

Matt says that “the route is great for beginners and families, as it is mainly on traffic-free paths with the route shown on road signs and pavement markers.

“Starting in Cator Park in Beckenham, the route will at first require some on-road cycling along Kangley Bridge Road, however you will re-join off-road paths soon. The cycle path runs alongside the Pool River and then along quiet residential roads until you meet Ladywell Fields park and then the Ravensbourne River.

“Continue along the cycle paths and you will find yourself entering another green space: Brookmill Park in Lewisham. From here, there are dedicated cycle paths along Deptford Bridge.” 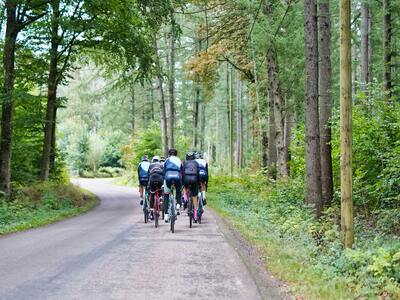 Matt has another cycle routes in South East London to recommend, if you’re looking for a longer cycle. He says that the Ladywell Fields – Linear Park route is “quite hefty” at over 13 miles long but reassures that the route itself is “suitable for any fitness level.”

“The route takes in numerous green spaces and parks, as well as River Ravensbourne and even a café for a well-deserved mid-cycle break. Beginning in Brockley, the route takes you through Ladywell Fields, a popular park located near both Ladywell and Catford Bridge train stations. From here, you cycle along to the River Ravensbourne, where you can then link onto the Waterlink Way to take you up to Greenwich. From the Waterlink Way link from the River Ravensbourne, you cycle up to Cator Park, which just edges into Beckenham to Kent House Station which homes a very popular coffee shop to help you refuel on route.

Another easy route is The Shard – New Cross Loop. Matt says: “Although this may seem like a long route, boasting almost 9 miles, this route is relatively easy and would be suitable for any fitness and skill level as it mostly consists of paved surfaces. You can begin at either New Cross train station or The Shard, but many might prefer using the Shard as a point to reach.”

Beckenham Place Park has it all – historic buildings, a swimming lake and some of the best bike paths in London. It is the largest green space in the borough of Lewisham and has large areas of ancient woodland and it’s open to cyclists. There are often events going on in the park and the Mansion House, and there are Story Maps available free to download to help create guided adventures for little ones. You can download Story Maps from the Tea Dance for Little People website.