We called and you answered! The team at Access Self Storage is absolutely overwhelmed by the support our customers showed for the 2015 Christmas Appeal. 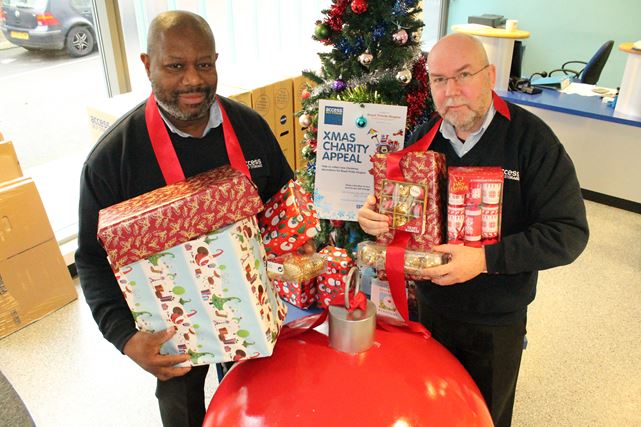 Last month we launched the 2015 campaign in selected stores around the country and set about collecting everything from toys to blankets, because at Access we know that giving is what Christmas is really all about (along with eating too much and spending time with our loved ones, of course).

Thanks to our amazing customers we will be able to make many families a little more cheerful this holiday season, with Access putting smiles on the faces of little ones through the unbelievable amount of toys and games collected at various stores around the country.

Access Self Storage Guilford collected new and used toys and games on behalf of the Royal Surrey Charity.

One superstar customer, Michael Hampshire (right) from “Moving Home Removals” spent almost £200 on toys he donated. With Michael in the picture (from left to right) is Ashley Turner of, Access Self Storage, Rachel Mason from the Royal Surrey Charity and Gareth Turner, also of Access Self Storage. 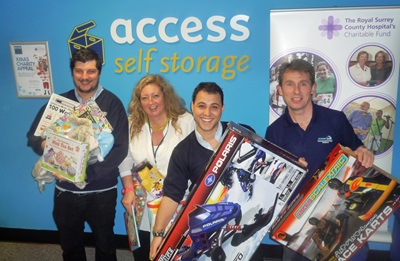 Meanwhile the Kingston and Isleworth stores collected toys and games on behalf of the Kingston Hospital Charity.

The hospital had its annual Christmas market on 2 December, where Access handed over some of the donations already received.
But Kingston and Isleworth’s contributions did not end there! 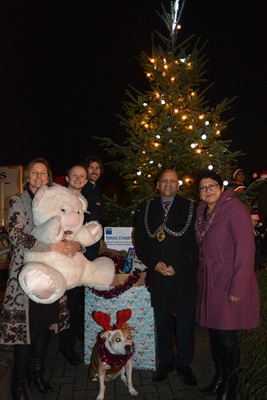 The customers of Access Self Storage Manchester really came through for the Children’s Adventure Farm Trust, says Access Self Storage spokesperson, Kevin Pratt. They even got a surprise visit from Santa, seen above with Hayley Cotton and Helen Crowther.

The Children’s Adventure Farm is a unique charity which provides holiday experiences to children of all ages, abilities and backgrounds, and these donations will surely go a long way.

Across the country in Hampshire, Access Self Storage Southampton also collected toys and gifts – specifically for new born babies and children up to 17 year olds.

The donations will aid the organisation in bringing some Christmas cheer to disadvantaged families. 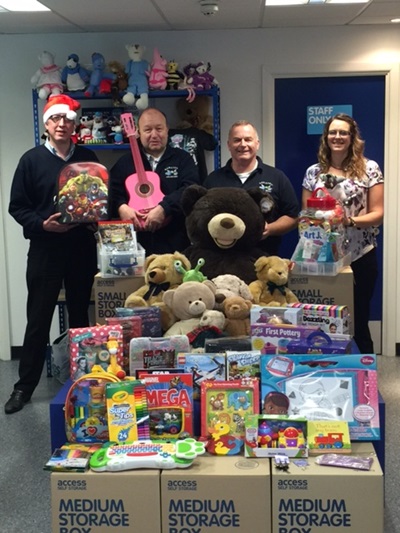 Also in Hampshire, Access Self Storage Portsmouth collected toys and games for Rowans Hospice – a charity dedicated to improving the lives of people with cancer and other life-limiting illnesses.

Access employees Philip Hall and Stuart Cunningham will make sure these reach their intended destination. 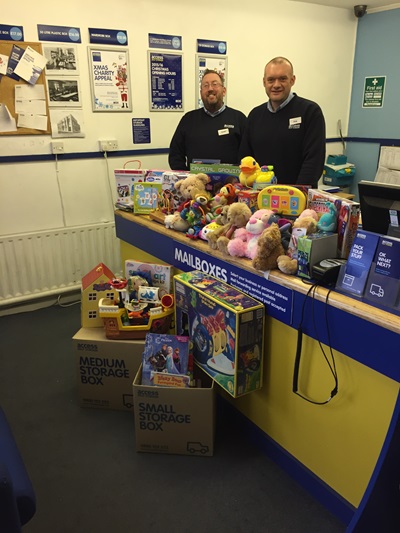 Access Self Storage Coventry also collected a significant amount of toys for the Myton Hospice that was handed over by Access’ Andrew Percival (left) and Manish Patel (right) to the charity’s Rosie Houghton (middle). 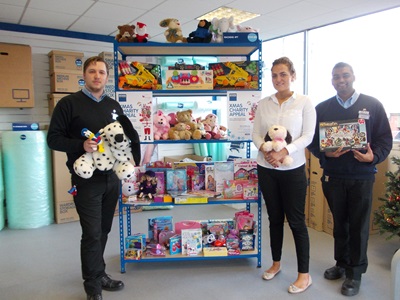 Thanks to your donations dropped off at Access Self Storage Hemel Hempstead, Rennie Grove Hospice now has hundreds of gifts to raffle off to raise money, says Pratt.

These gifts will not only put a smile on the face of whoever receives them, but will also benefit the hospice residents! How’s that for spreading the joy? 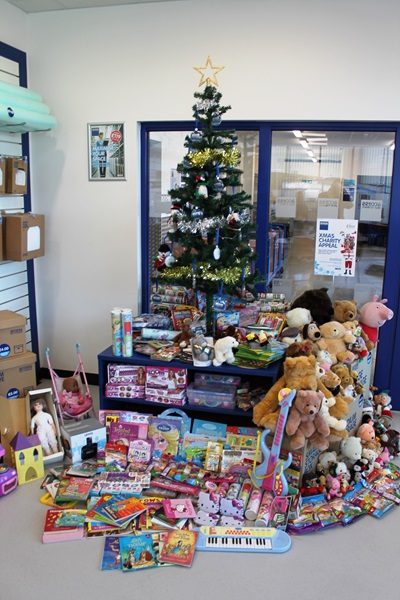 Meanwhile, Access Self Storage Reading collected toys and games on behalf of The Royal Berks Charity, which was very happy with the store’s contribution. 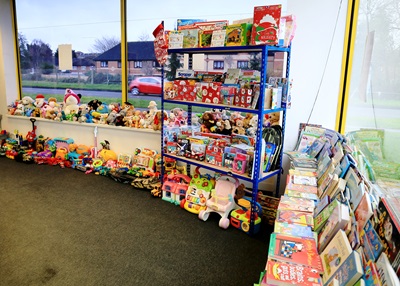 Access Self Storage Northampton also did very well with lots of toys collected for the Northampton Child Care Team. These will be delivered to the charity by Access employees Jeanette Walsh and Sohal Hanif. 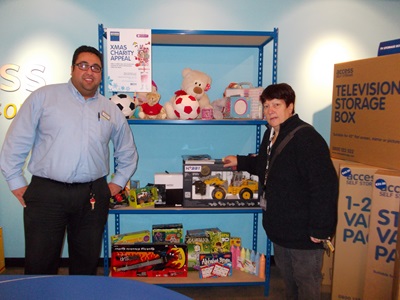 The Access Self Storage Sunbury, Byfleet and Heathrow stores collected colouring books, pens, pencils, books, and creative stationary for the Charley Paige Trust. The Trust helps families of children diagnosed with a life limiting illnesses or a complex disabilities. 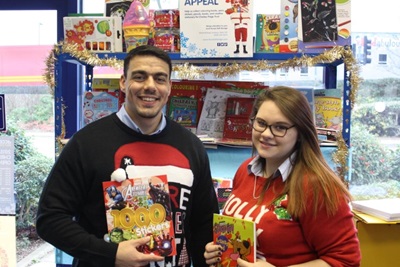 In support of people living with HIV in the Wandsworth area, Access Self Storage Purley Way collected all sorts of bric-a-brac for the Wandsworth Oasis charity shops.

Access employees Andrew Smith and Gareth Green are taking care of the donations until they are ready to be dropped off. 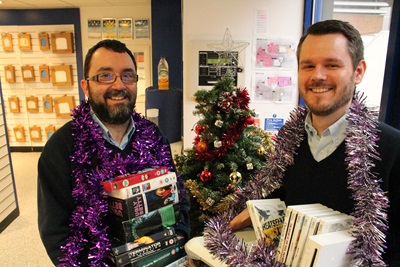 There are those who believe that it’s impossible to get into the Christmas spirit without (lots and lots) of decorations. Luckily, thanks to Access Self Storage Acre Lane, the Royal Trinity Hospice won’t have to worry about that this year.

Here David Eyre and Herbie Henry can be seen with some of the decorations and gifts collected by the store.

In a unique collection drive, customers at the Access Boston Manor, Acton and Ealing stores donated bags of joy to be sent to those suffering in Syria.

In this picture Kevin Hester, Lauren Shury, Benjamin Davis, Iuean Jamie Randall and Abigail Donnelly all marvel at the generosity of people in West London.

Kevin Pratt, spokesperson for Access Self Storage, says, “We think you’ll all agree that the 2015 Christmas Appeal has been a great success, and we would like to thank everyone that has been involved for their contributions.” 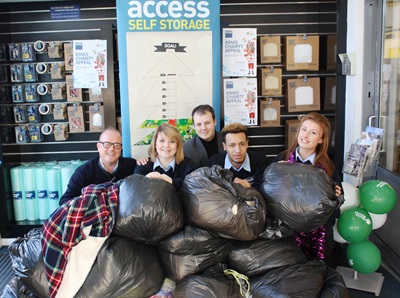 Access Self Storage wishes all its customers a happy festive season!