at our Birmingham Central store

Get a quote for Birmingham Central 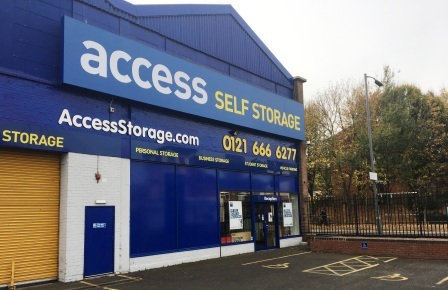 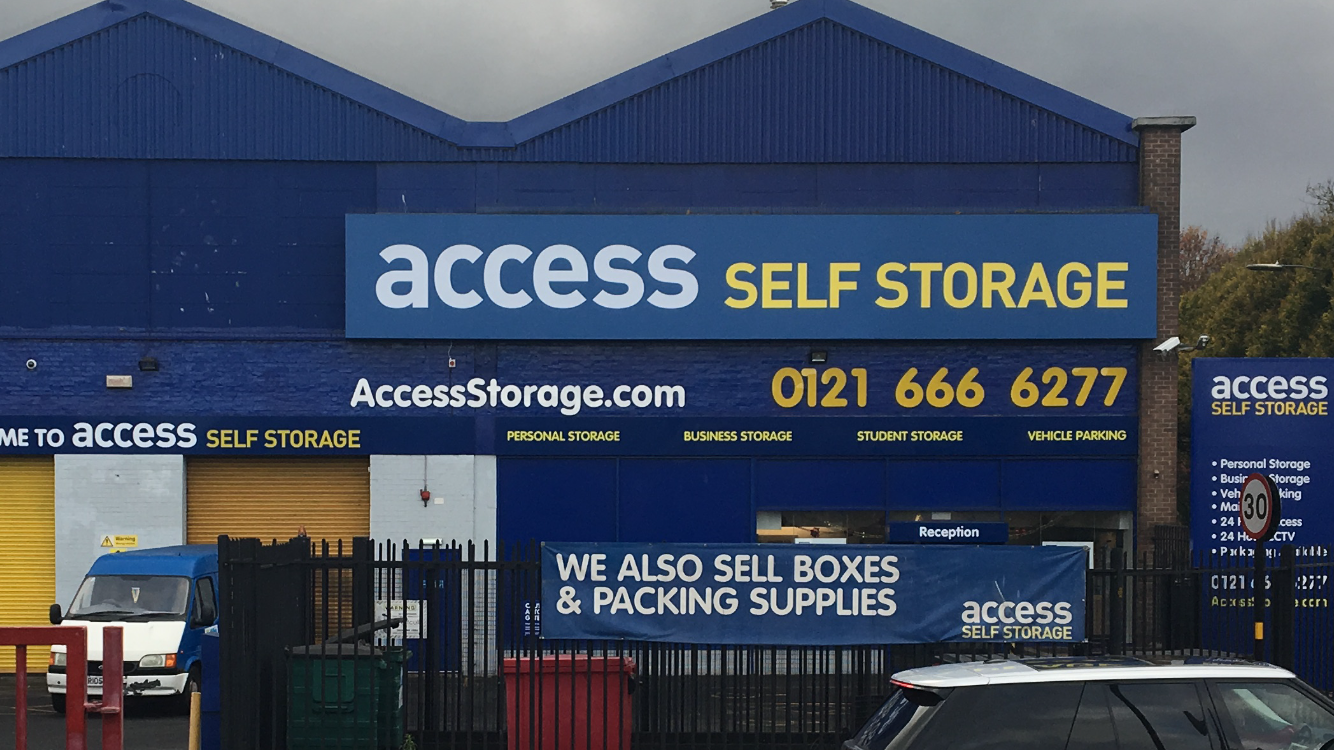 at our Birmingham Central store

Self storage near Birmingham Central 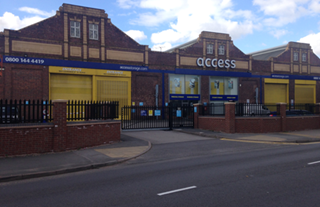 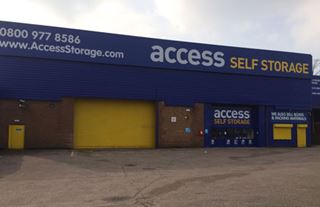 Self Storage in Birmingham Central

If you’re looking for Birmingham self storage, our central branch is located at 180 Sherlock Street. It’s just minutes from the city centre, making it the ideal storage facility for residents and businesses. Customers rated our Birmingham Central branch 4.2 out of 5 across 411 reviews.

We have a range of storage locker and storage unit options at Access Self Storage Birmingham Central, and our helpful staff are ready to find you the perfect fit for your needs. We’re open 24/7 and we even offer a range of business services!

Self storage in Birmingham for households and businesses

If you live near the city centre, or you’re moving in or out, consider one of our clean, modern self storage units in Birmingham. Our secure facility has 24-hour CCTV and your goods will be safe within our gated and fenced perimeter. If you’re redecorating or simply looking to declutter, we have options for you too: smaller storage lockers and units that are all available on a flexible monthly contract. If you need more or less storage space, you can even change to a different sized unit at no extra cost.

Access Self Storage Birmingham Central also offers a range business storage solutions for customers all over the midlands. From complimentary pallet trucks, forklifts, and secure, round the clock access, there’s no better way for local businesses to store their goods and belongings than with a self storage unit in our Birmingham Central storage facility. We also offer secure short- and long-term vehicle storage – ideal for commercial vehicles – and mailbox services.

At the roundabout, take the second exit to remain on Dudley Street

At the roundabout, take the second exit for Sherlock Street

Remain on Hill Street as it becomes Hurst Street

Take the footpath through to remain on Hurst Street

Directions from the M6:

At Junction 6, take the turnoff for the A38(M) toward Birmingham

Remain on the Aston Express Way through Lancaster Circus Queensway

Remain on Aston Express Way as it becomes Queensway

You can also use the Google Maps feature at the bottom of this page to generate some bespoke directions.

Birmingham and Manchester may duke it out on occasion for the title of “the UK’s second city”, but any one of the one million Brummies residing here will tell you that their city is nobody’s runner-up. There’s so much to do in Birmingham that it borders on the absurd.

Take the Bullring, for example: not every shopping centre has a tradition of commerce dating back to the Middle Ages. It’s safe to say it’s come a long way since then: after redevelopment in the 1980’s, it’s now the must-visit destination for shoppers all over the Midlands. You’d struggle to name a major retailer that isn’t represented here: from Selfridges to Wagamama; Sports Direct to Tommy Hilfiger. If you come back from the Bullring with some nice new clothes and want somewhere to store your old or out-of-season wardrobe, consider a self storage locker in Birmingham – you can even keep your old stuff until it becomes retro!

But Birmingham isn’t all retail. While Scotland may be the birthplace of golf (or at least, the place where it was raised) Birmingham has a legitimate claim to be the sport’s second city. The famous Belfry has hosted the Ryder Cup four times, while the Forest of Arden Country Club hosts PGA tour matches regularly. Still, finding somewhere to store your clubs, clothes, and balls when you’re not trying to lower your handicap at these esteemed venues can be a bit of a pain – why not use our storage units in Birmingham in between tournaments?

In fact, in many respects, everyone in Birmingham is spoilt for choice: its 65,000 students are divided between Aston University, The University of Birmingham, Birmingham City University, University College Birmingham, and Newman University. If you’re based at any of these campuses, there’s a good chance you’ll need a self storage unit in Birmingham for the summer holidays – our staff would be more than happy to help!

Reserving your self storage rental in Birmingham

To get a personalised quote for self storage in Birmingham, call 01212 221 934 or use our easy quote tool now.