at our Kingston upon Thames store

Get a quote for Kingston

Storage units near Kingston Upon Thames 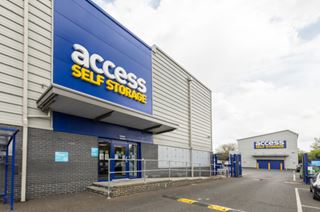 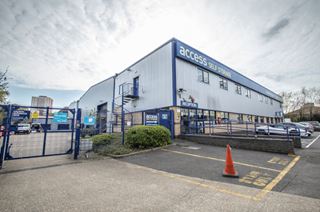 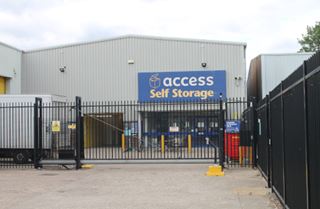 If you’re looking for secure, modern self storage near Norbiton, your nearest branch is Access Self Storage Kingston upon Thames, located on the Station Yard site at Norbiton Station on Coombe Road. Contact us today for a quote, or use our easy reservation tool.

This site is ideal for local residents and businesses, offering 24-hour access and competitive rates.

Self storage and business services near Norbiton

Whether you’re moving house or simply need to make some space at home, Access Self Storage Kingston upon Thames will be able to solve many of your problems. Our facility offers convenient options for self storage near Norbiton and the surrounding areas like New Malden and Surbiton. We offer a range of unit sizes, available for as little as seven days at a time, and you can even securely store your vehicle with us too.

Businesses also value our cheap self storage units near Norbiton, as the units are ideal for storing excess stock while the option for shelving makes it easy to store files. Our Kingston self storage is here to help and we even offer services designed to facilitate the day to day running off your business such as a telephone answering service and mailboxes.

Getting to us from Norbiton:

Alternatively, customers can use the Google Maps feature on this page to generate custom directions.

Cheap self storage near Norbiton

Norbiton can be found within the Royal Borough of Kingston upon Thames, to south-west of London, just one mile to the east of the town of Kingston. Situated among a host of other commuter towns, Norbiton holds a claim to fame in that the Norbiton train station was used as the filming location for popular sitcom Reggie Perrin. Main character Reggie used to catch the train from Norbiton station in the 1970’s show, and even though Reggie’s hometown in the series was called Climthorpe, a panning shot of the front of the station in the first episode shows Norbiton station.

Whilst Norbiton may not be home to the most famous football clubs in London, like the Arsenal’s and the Chelsea’s of the world, it is the home of the AFC Wimbledon stadium, Kingsmeadow. In 2002, Wimbledon F.C, who played in the Premier League until 2004, were relocated 56 miles north to Milton Keynes and subsequently became known as MK Dons. AFC Wimbledon was created as a reaction to this, to provide Wimbledon fans with a club close to their hearts and homes. Since starting at the very lowest possible level, they have enjoyed a meteoric rise and now play in the 3rd division of English Football.

Reserving your secure self storage unit near Norbiton

To get a personalised quote for storage rental near Norbiton, call 02037 330 833 or use our easy quote tool now.