Wimbledon is a wonderful London suburb (as its 68,000 residents can attest) overflowing with culture, entertainment, good food, and outdoor spaces. With so much to choose from, visitors to the area – and there are plenty, especially in late June and early July – may find themselves wondering what to do in Wimbledon on a weekend or sunny afternoon.

With countless entertaining things to do near Wimbledon, we reached out to the staff at Access Self Storage Wimbledon for some recommendations.

Unfortunately, many of these activities may be restricted during the coronavirus, but we expect them all to reopen in the near future. Visit their websites to learn more.

The world over, Wimbledon is known for its annual tennis tournament. The event, which is the world’s oldest tennis tournament, is officially known as “The Championships,” and it draws tens of thousands of people every year.

Top of most lists of things to do near Wimbledon will be visiting the All England Lawn Tennis and Croquet Club, where the event is held, and this is well worth doing. However, while it’s well worth a visit, it is an expensive private tennis club when it is not hosting the big event. If you want to get in, you’ll need to take a tour with the Wimbledon Lawn Tennis Museum.

The museum was founded over 40 years ago, and it has an impressive collection of artefacts cataloguing the history of the game, including a rulebook from the 1500s. Of course, there are also plenty of items marking the history of The Championships as we know them today, including from modern stars like the Williams sisters, Federer, Nadal and Djokovic.

Wimbledon Common and its windmill

Wimbledon Common is one of London’s largest green spaces. The pleasant heathland stretches from Richmond Park to Putney heath, and many of the most interesting outdoor things to do near Wimbledon are located within its boundaries. For instance, the common contains the ruins of a seventh-century BC Roman fort, which is commonly (although incorrectly) referred to as “Caesar’s Camp.”

Near the centre of the common is the Grade II listed Wimbledon Windmill, a real wooden windmill from the early 1800s which now serves as a museum. Visitors can only enter on weekends and bank holidays between March and October, but you can admire the windmill from outside all year round. 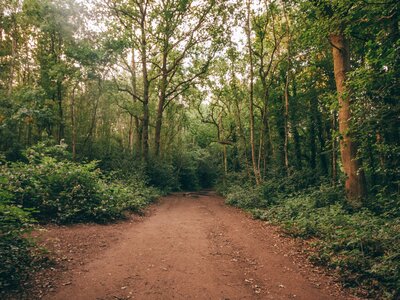 Whereas the common is vast and left fairly untamed, the adjacent Cannizaro Park is carefully groomed and famous for its rare, beautiful plants. The Grade II listed park began life as part of a duke’s estate, but in the mid-1900s it was transferred to the council and it has been free to the public ever since. The Italian Gardens and the Water Gardens are popular with visitors of all ages, and don’t forget to pay the birds in the aviary a visit.

Many people asking what to do in Wimbledon for an interesting day out are surprised to discover that the area is home to one of Europe’s largest Thai Buddhist temples. Visitors of any faith are welcome to visit the striking building and tranquil gardens as long as they are respectful. Scattered around the gardens are plaques with poems, observations and other wisdom, making it the ideal place to spend a quiet, meditative afternoon.

For the creatively inclined (or those looking for a great deal on some homeware), Merton Abbey Mills and its weekly market is a must. The facility’s 20 permanent shops focus on arts and crafts, including furnishings, jewellery and pottery, and they are joined every weekend by a collection of stalls. There’s also plenty of good food to eat, too, including Thai, Mexican and a riverside pub, so be sure to stop by on a weekend afternoon.

If you’re a resident of Wimbledon – or you’re looking to move into the area, Access Self Storage Wimbledon is conveniently located just off of Durnsford Road.

Moving a cat to a new home | What do you need to know?