Birmingham might be best known for the Bullring, student bars and Black Sabbath. But it’s also a beautiful West Midlands city with modern and Victorian architectural backdrops. The city’s new Library is a modern masterpiece, the Great Western Arcade is a gorgeous Victorian building full of character and the central markets provide the perfect backdrop for people watching.

There’s something for every urban photography enthusiast in Birmingham, so it makes sense that there’s growing interest in photography in Birmingham. In fact, the first Birmingham Photography Festival will take place on Saturday 20th October 2018 at the Birmingham & Midland Institute in the city centre.

There’s something for every urban photography enthusiast in Birmingham, so it makes sense that there’s growing interest in photography in Birmingham. In fact, the first Birmingham Photography Festival will take place on Saturday 20th October 2018 at the Birmingham & Midland Institute in the city centre.

The Birmingham Photography Festival is open to anyone with a passion for photography, all regardless of skill level or the equipment they use. With that in mind, if you’re a budding photographer or just want to spruce up your Instagram feed whilst you’re in the area, here are some top spots to take some fantastic photos in Birmingham. 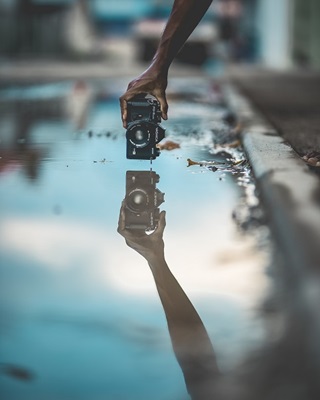 Locations for a sunrise or sunset

When you think of photography in Birmingham, your first thought might not be sunrise or sunset, but there are actually quite a few spots in the city that can help you capture the perfect sunrise picture. Visit Birmingham has put together this handy list of the best locations to watch the day start and end in Birmingham. With help from local photographers Tim Cornbill and Verity Milligan, their suggestions include Eastside City Park (where you can capture the industrial backdrop of Digbeth), Edgbaston Reservoir (to get a panoramic view on Birmingham skyline) and Grand Central Car Park (also convenient for parking).

Also, following #summerinbrum will lead you to some great examples and more suggestions from the Birmingham community.

The Library of Birmingham

The beautiful Birmingham Library only opened in 2013, but it has quickly become the most recognisable part of modern Birmingham’s skyline. Its bold architecture and colours make a fantastic picture from ground level but it’s as beautiful inside, too. Go in and check out the cool escalators and the shelves of books, before heading up to the balcony gardens on top of the building for amazing views across an incredible city. The Library’s outdoor terrace is a fantastic location to see the sun drop behind Broad Street but make sure you get there in time - it closes at 7pm.

The Great Western Arcade is a Grade II listed Victorian shopping arcade lying between Colmore Row and Temple Row in Birmingham. Having sustained bomb damage in World War 2, it was largely rebuilt, in particular the roof, which was replaced by an apexed construction rather than the original arched roof. But the plaster mouldings above the doors on the balcony remain and the stone masonry on Temple Row is still in good order.

A perfect spot for people watching and architectural appreciation in equal measure, the Great Western Arcade has such character. It’s home to lots of quirky shops and the building is nestled in the area around Snow Hill and St Phillip’s Cathedral, which is another must-see

Staying Cool's Rotunda Apartment Hotel is home to 35 serviced apartments located on the top floors of the iconic Rotunda - a Grade II listed glass tube-like building in the heart of the city. Each apartment has floor-to-ceiling glass in place of an external wall. Huge French windows bring the outdoors in and give magnificent views over the city, perfect for some photography. If you’re looking for somewhere to stay overnight and don’t mind spending a little extra, give the Rotunda’s super cool serviced apartments a try.

The Bullring shopping centre is a focal point in Birmingham. Shopping aside, it makes a great location for some photos and similar to the library is evidence of the beauty of modern architecture. The famous curves and bubble wrap look still look as fresh as when it opened in 2003 and if you get there early enough, it makes for one of the best spots in the whole city. 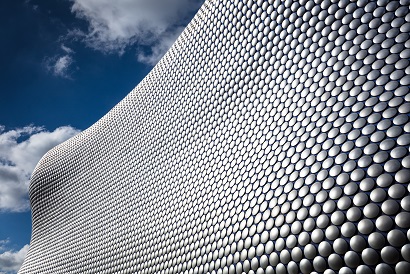 If you’re still looking for inspiration for more photography in Birmingham, check out IGers Birmingham – the home of the instagrammers of Birmingham. There are also details of their events (instameets) and images from community members. If you’ve got a photo you’d like featured, use the hashtag #igersbirmingham when you post an image to your Instagram.
And remember, for any of your storage needs around Birmingham, be it tripods or anything else, our Birmingham Selly Oak self storage, Birmingham Central self storage and Birmingham Erdington self storage facilities are nearby.