Running is a great way to stay fit, but sticking to the same route can quickly get boring. Fortunately, London is full of exciting options for runners ranging from leafy park runs to historical neighbourhoods and riverside paths.

We’ve spoken to the keen runners among our staff to put together a runner’s guide to London. Here are our recommendations for some of the best London running routes – we hope they encourage you to get your shoes on and explore new parts of the city. 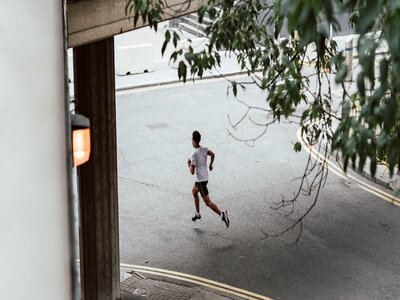 The paths alongside the River Thames are a popular choice for runners of all ability levels, offering beautiful views and an escape from traffic. However, they can get busy, so it’s worth setting out early in the morning.

Running app Strava’s “Sightseeing Tour” route takes you along both banks of the river, setting out from Cleopatra’s Needle. The route passes many of the city’s most notable landmarks, making it one of the top London running routes.

The path as described is just under 10km, but runners looking for a shorter route can cross at Waterloo Bridge or London Bridge to cut off around 2km on either end, bringing the run closer to 5km.

Another option that passes many of the city’s iconic landmarks – including Buckingham Palace, the Albert Hall, and Kensington Palace – is the 7km figure eight outline of Hyde Park, Kensington Gardens, and the smaller Green Park. You can set off at any point for this circuit, and it’s relatively traffic-free with only three crossings. However, since parts of the park close at sunset, this is a daytime-only route.

For more experienced runners looking to lengthen their run, consider adding the perimeter of Buckingham Palace Gardens and St James’s Park for a total of 11km. A loop of Hyde Park alone is approximately 5km, making it a great option for beginners. The flexibility of these adjacent parks is ideal for stringing them together to vary runs and achieve specific distances, and the sights make them some of the most interesting running routes London has to offer.

The charming canals of East London are a great option for runners. A popular path runs from the Olympic complex, by Victoria Park and Broadway Market all the way to Angel – a total of around 7km one way. Alternatively, taking a left at the split in the canal brings runners alongside Mile End park and down to Limehouse before depositing them at the Thames, around 5km away on foot.

Runners looking to extend these East London running routes can check out the pedestrian paths of the Olympic Park, Victoria Park and Mile End Park. The perimeter of Victoria Park alone is around 5km and it touches on the point where the canal splits, making it an ideal addition to a canalside route.

The grounds of the Royal Greenwich Observatory and the adjoining Blackheath cover about 5km, and runners eager to cover more ground can easily set off from here along the Thames.

Heading straight north on King William Walk will take you to the historic ship Cutty Sark and the Old Royal Navy College, where you can turn right onto the riverside.

The run from Greenwich Park, along the Thames to the O2 is around 4km. For a longer circuit, follow the Greenwich peninsula around before working your way back through the small, formerly industrial streets. There isn’t too much traffic to be worried about early in the mornings, but the major roads do get busy during the day. 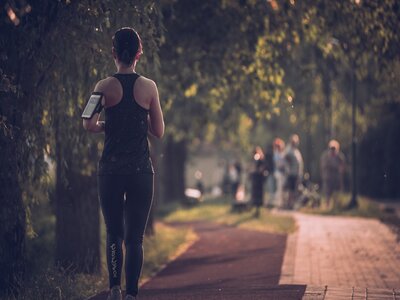 Running the outline of the city’s largest park involves 11.5km of paths and some seriously challenging hills. If you’re up for it, you can set off from any of the park’s gates and follow the pedestrian paths in either direction. Despite the difficulty, there’s no question that this route – which takes you alongside wild deer and through woodlands and plains – is deserving of a spot as one of the most beautiful London running routes.

For a more sedate option, many of the paths that lead through the centre of the park are quieter and less steep. Consider a path that takes you to Isabella Plantation or Pen Ponds, where you can forget that you’re in London altogether.

Hilly Hampstead Heath is full of routes for runners, with both paved and dirt paths and a variety of options for those looking to challenge themselves. The very edge of the park isn’t ideal for running, but there’s a path that’s inset by about 50m that a better option. This circuit totals just over 5km, although it’s deceptively difficult on account of the hills.

If you’re not up for a steep run, try the slightly flatter park across the road, Golders Hill. The perimeter is just under 3km, and the crisscrossing paths offer options for looping around and creating a longer route. Hampstead Heath Extension to the north is also flatter than the main heath.