The annual Access Self Storage Easter Egg Appeal is open for donations and we are challenging you to beat last year’s collection, which saw 500 chocolate eggs donated to eight UK charities. 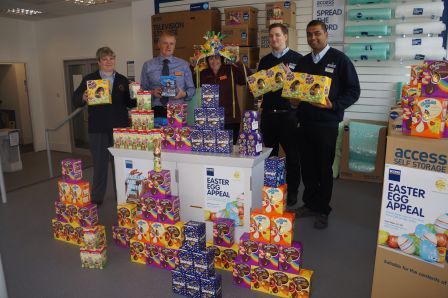 In 2015, the most generous participating town was Coventry with 140 eggs donated, followed by Manchester with 104, and Kingston in Surrey in third place with 54 chocolate eggs.

Last year’s eggs put smiles on the faces of those who needed them the most, and now we have the opportunity to do it again. But simply matching last year’s efforts is not enough: we’re going bigger, with 12 Access stores calling in their troops, and by troops we mean you, our loyal customers and supporters, of course!

Access Self Storage spokesperson Kevin Pratt says: “Any chocolates, biscuits or cakes you kindly drop off will be stored safely – units have been made available especially for the Easter appeal.

“Easter is early this year, but if we can collect enough eggs over the next few weeks, we’ll make it a happy occasion for many.”

Eager to know where you can drop off your contribution? Well we’ve made it easy for you with this handy list of stores and who they are collecting for.

You have until March 24th to drop off the Easter eggs, so don’t wait too long! Easter is only a few weeks away, but with your help we’ll be ready.

Thanks in advance for your generosity! 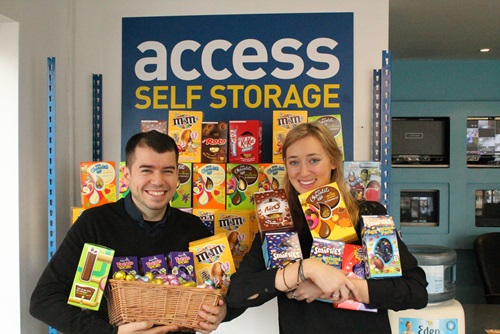