at our St. Albans store

Get a quote for St Albans 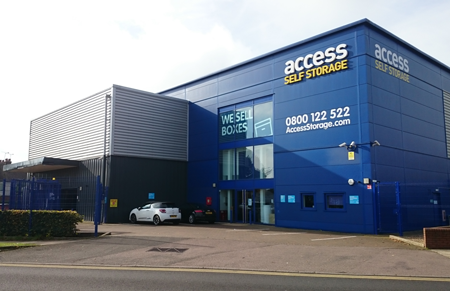 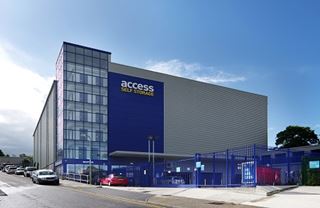 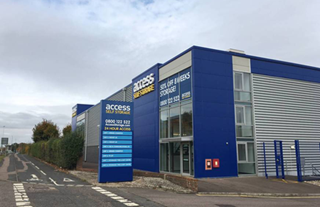 If you’re looking for Access Self Storage Watford, your nearest branch is Access Self Storage St Albans, located on Ashley Road. Its proximity to major road networks such as the M25 makes it an ideal storage solution for North London residents. Contact us today for a quote or use our easy reservation tool.

If you're looking for convenient storage in Watford, then Access Self Storage St Albans is your best bet! The range of services we provide, including telephone answering, mailboxes and a receipt and dispatch facility, making us the perfect solution for businesses and individuals alike. You’ll have 24/7 access to anything you chose to store with us, we are outside the congestion zone and everything is kept safe behind our secure gated perimeter.

Finding our Watford branch is easy:

At the roundabout take the 1st exit onto St Albans/A1081

At the roundabout take the 1st exit onto London Rd/A1081

At the roundabout continue straight onto Ashley Rd

Our St Albans facility will be on your left.

Located in the leafy borough of Hertfordshire, Watford benefits from being close to the countryside whilst also being a stone’s throw from central London, making it a popular spot for commuters. Not to be outdone by its London rivals, Watford boasts a popular football club, Watford F.C, previously owned by Elton John no less. In 2015, the club was promoted to the Premier League and achieved remarkable results in the following seasons. If their recent success has inspired you to take up the game, or any other sport for that matter, Access Self Storage St Albans provides the perfect solution to store all that bulky kit and equipment so that it doesn’t clutter your home.

Aside from Elton John, Watford has a whole host of musical and acting claims to fame. The popular music producer, Naughty Boy, who has worked with the likes of Beyoncé and Sam Smith to name but a few, was born and raised in West Watford. Not shy of the limelight, Watford Grammar School for Boys, acted as the back drop for the school scenes in the film, The History Boys, whilst the RAF Bovingdon was used to film parts of the flying car scenes in the James Bond film, The Man with the Golden Gun, starring Roger Moore. More recently, Brad Pitt made a trip to Bovingdon Airfield to film Fury. So for those of you with a first class record or film collection, storage near Watford enables you to keep and expand your trusted collections even when space at home is tight. With its extended opening hours you can watch that film or pick up that record whenever you get the urge.