at our Northampton store

Get a quote for Northampton 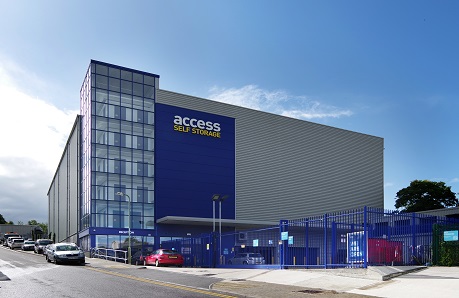 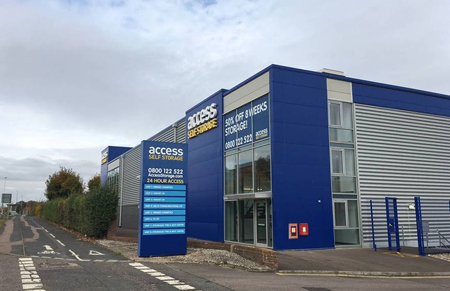 If you’re looking for Access Self Storage Wellingborough, your closest branch is a short drive away in Northampton.

Our secure self storage near Wellingborough is available for business and personal customers. The safety of our customers’ goods and services is priority, so we provide 24/7 CCTV monitoring alongside a gated and fenced perimeter to guarantee it. We also ensure our customers have the most convenient storage experience, so we provide complimentary use of pallet trucks, forklift services, and a range of packaging options for items of all shapes and sizes.

Getting to our store from Wellingborough is a simple 25-minute drive. Turn onto the A45 at Higham Road, keep going until you reach the A5076 at Upton Way. When you hit the roundabout, take the second exit to Tollgate Way and you’re there!

There’s a lot going on beneath Wellingborough’s Jurassic-era soil – rich in iron and fossils. One of the first things you might notice when you go north of the River Nene will be the geologists, professional, student and amateur, who are drawn to the area’s natural Northampton Sands ironstone formation. If you’ve been collecting some ancient rocks and minerals, you’re probably looking for an environment where you can keep (and examine them) in peace. With the right Northampton self storage unit, you can rock on for as long as you like.

There’s a lot going on above the soil as well. Among Wellingborough’s 49,000 residents is the snooker player Peter Ebdon, the king of break-building and an ex-world and UK champion. If his example has inspired you to get into the game yourself, you’re probably wondering how you’re going to fit that big table into your home. Perhaps clearing out some space by putting your things in our secure storage units near Wellingborough is the answer?

If you grew up in Wellingborough, you’ve probably caught a show at the local Castle Community Theatre, which hosts music, film screenings, and – of course – plays. One night it’s amateur musicians – the next, well-known acts like Big Country; one night comedians like Lee Nelson and Jeremy Hardy – the next, an open mic that anyone can enter. It’s a great place to get an education in entertainment, and, if you’re so inclined, to participate in it. Of course, if you’re in the adult or youth theatre groups, you’ll know that productions don’t run forever. When you’ve taken your curtain call, put your costumes and props in our self storage near Wellingborough – the show will, eventually, go on!

Our nearby Northampton branch provides storage units near Wellingborough and also serves anyone looking for self storage in Kettering too!