We love supporting local charities at every single one of our stores, and store manager Gabriel Kroukamp and the team at Access Self Storage Croydon Purley Way are no different. Last month, they welcomed a group of young people in the National Citizen Service from the Croydon and Sutton area to the store, to share their advice and experience in supporting charitable campaigns. 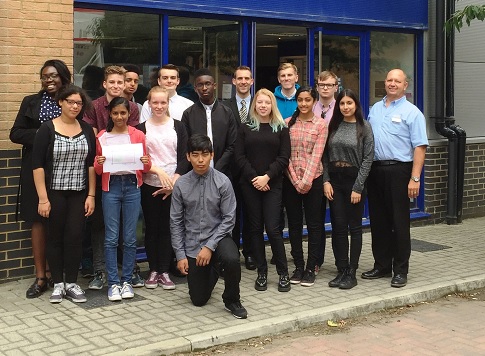 The National Citizen Service (NCS), run in Croydon and Sutton by The Challenge, brings together over a thousand 15, 16 and 17 year olds from different backgrounds in the area over the summer holidays. The aim is for young people who wouldn’t usually meet to connect while working on charitable campaigns for organisations in their local community (such as Home-Start Sutton and Nickel Support), giving them valuable professional experience preparing them for the real world. Since our charitable efforts are all about supporting the local community, when The Challenge approached us to ask if we would open our doors to their Croydon and Sutton group, we leapt at the chance!

During their time at the Access Self Storage Croydon Purley Way store, the group learned what it’s like to work in a storage centre. It’s fair to say that storage is a bit different to the banks and offices that some other groups have visited in the past, but they were pleasantly surprised to see all the complex behind-the-scenes workings of the business, and learn about how Access Self Storage works in the community – which is exactly what the NCS team wanted advice on.

After the tour the group really got down to business – they had spent the previous weeks preparing a social action campaign to support a local charity in small groups, and were going to spend the next day pitching their ideas to local entrepreneurs (known as “the dragons”) in the hope of getting their support. As the dragons decide the funding and support that each team gets for their campaigns, this is a critical step in the NCS program. Luckily for the groups, Gabriel was a much less intimidating person to pitch to, and was happy to spare the time to listen to each team’s pitch and give them his feedback so they could improve. 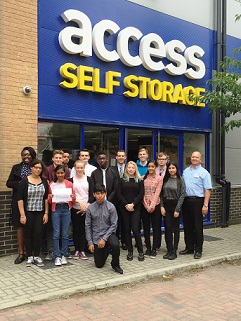 Gabriel was really impressed with what the group came up with: “We had a fantastic time with the group. They created some highly original and creative campaigns in a really short space of time. A lot of their work dealt with tough issues, such as the ‘First Thought’ campaign to make young people aware of stereotyping based on race, sex and mental health issues, and suggested ways these can be overcome. I was hugely impressed.”

Anna Seidl, the assistant programme manager for The Challenge who accompanied the team to the Purley Way store, said the group had a very positive experience: “We usually take the team to a very formal setting like a bank, so a warehouse storage unit was a bit unusual. But it really worked! Gabriel took his time to listen to all the pitches and explain his thoughts on them. If we can make the schedules work, we’ll definitely be back again.”

That’s what we like to hear! If you want to find out more about the social action campaigns, head down to the NCS stalls on Sutton High Street or Croydon High Street on the 19th and 20th  of September. The young people involved will be talking about their campaigns and giving out more information – they’d love to see you there.