Life After London is an online community where people moving out of London to elsewhere in the UK can talk to those already living in their new hometown. Through this, it’s also helping bring local communities together. It’s the brainchild of Belinda Aspinall, a mother of three from South West London.

Where the idea came from

Like many families with children, Belinda’s family had considered eventually moving away from London one day. Leaving the city is often a very big decision, and all the more difficult if you work in London or are used to city living. For Belinda it was something that needed a lot of discussion and thought, and she realised this was true for other families she knew too. 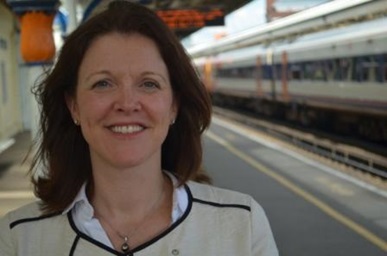 One of the biggest challenges, she believes, is finding ways to integrate into the new community you’re moving to:

“Careful research of the area is all well and good, but there’s nothing to compare with hearing first-hand what the place you hope to make your home is like.” she says.

“I literally woke up with the idea of Life After London one night when my husband was away on a business trip., He came back and I’d registered as a Limited Company, and was starting to work on my business plan – it happened that quickly! I had the plans up an running in a week – and the rest was history.”

It’s simple – people who are considering moving can raise their concerns or ask anything about a local area on the Life After London forums, and people who already live there can share their experiences and help them make a decision. Questions range from the broad and potentially life-changing, “Should we or shouldn’t we?” to the more specific, such as, “Where can I find a well-priced builder at short notice?”.

“Advice comes from everywhere, even the places you wouldn’t necessarily expect,” says Belinda. “For instance, if you want to know how happy the pupils are at a local boarding school, it turns out the best way to find out the truth is to ask the local taxi drivers who ferry the kids back and forth. That’s the kind of knowledge you wouldn’t find in an Ofsted report!”

The most popular places to move appear to be those within commuting distance of London, such as Winchester. “Towns and cities in the South West are also really popular,” advises Belinda. “Bath, for example, is a beautiful city with a lot going on – and it’s not far from London on the train. We’re lucky in the UK to have such a selection of amazing and vibrant places to live – it’s not all about London.”

Why it’s great for the community

By putting forum users in touch with people in local communities, it means that those moving from London don’t just move into a new house – they move somewhere they already have a connection with. Moving to a new place where you don’t know anyone can be isolating, and Life After London can help people integrate right off the bat. This isn’t just good for those moving, however; it’s also great news for the communities they’re moving into, who benefit from friendly new faces who care about the place they’re living in, rather than strangers who don’t make any effort to get to know their neighbours.

It’s also a good way to put prospective residents in touch with companies such as estate agencies, moving companies and, of course, us! Moving house is stressful enough; being able to go with trusted providers helps lessen some of this worry.

“There have been some really heart-warming stories from the site,” says Belinda. “One woman was worried about moving with her three children to another town. It turned out that her children were put into the same school as another forum member, and this member went the extra mile by taking round dinner for them all on their first night. It’s those lovely gestures of goodwill that make it al

worthwhile – knowing that my business is bringing people and communities together, as well as helping to lessen the stress of moving away from London.”

Like many small business owners, Belinda has faced her fair share of challenges – most notably marketing and promotion.

“We have a small marketing budget, so getting the word out there is challenging,” says Belinda. “Luckily, when people do hear about us they love the idea!”

Belinda’s passion for her business has already seen her feature in major publications such as The Times and Country Life. One particular highlight, she says, was appearing recently on the BBC Politics show

“It was amazing,” says Belinda, “I went from starting a business from my kitchen table to being asked about my opinions on national TV – what an experience!”

In recent months, Belinda has noticed that not only is there a growing trend of people moving out of the capital, but that different types of people are moving too. Whilst before it was often families with children, now younger people without children are leaving London in an attempt to get a foot on the property ladder. And, as time goes by, more and more people are turning to Life After London as a way of not just moving home, but becoming part of the local community. 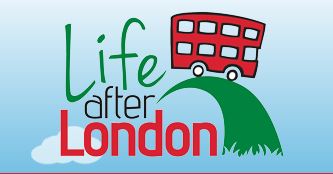 The website is totally free to use – it’s funded through advertising at present, and Belinda has big ideas for the future of the business.

“We plan to grow significantly,” she says. “We’re just launching a new version of our current website, and at the end of this year we’re launching a second website too. We’re looking at relationships with different services and suppliers, as people who are moving need lots of different services. We’re even looking to expand internationally!”
If you’re thinking of moving home, Access Self Storage has branches all over London to help with your self storage needs, including Alperton, Chelsea, Islington, Clapham, Battersea, Mitcham and Croydon.